Interview episode – How Bastienne brought a niche topic to success

With a niche topic to Germany's most successful podcaster

In this episode, I talk to Bastienne about her heart's desire for nutritional psychology and how she came to this topic. Their story is authentic and clear, no wonder Bastienne is very successful with it. In April 2019 she won the German Podcast Award for her podcast „Ernährungspsychologie leicht gemacht“ (Nutritional Psychology Made Easy)

Bastienne talks about her youth when she was a professional judoka and won prizes in competitions on the mat. After several cruciate ligament ruptures and operations, she gained many kilos and thus the fight against her kilos became increasingly central in her life. Her way of finally dealing with it in a healthy way and learning self-love and self-acceptance also led her on her professional path as a nutritionist.

When I ask her about her daily routines, her greatest inner dialogues and advice she has taken in her life, Bastienne opens up and encourages you to go your own way. In her youth Bastienne was a Judo athlete and trained a lot, but unfortunately she had a triple cruciate ligament rupture, three operations, and gained a total of 25 kilos. As a former athlete she feverishly tried to lose weight and did really wacky things like not eating for three weeks. But it was all to no avail, she kept her excess weight.

She made weight and losing weight the focus of her life and studied food science. It was interesting that afterwards she knew what was going on in her body on a biochemical level, but unfortunately this did not help either. It was only when she went even deeper and came across nutritional psychology through her own research that the turning point came for her. She got her weight under control and had also found a new subject area which she fulfilled and for which she wanted to get involved from now on.

As nutritional psychology was a new field and she had nowhere to go, she just did her own thing and started her podcast. But she did this secretly at first, in a clinic without WLAN and supposedly completely sealed off. She told herself that her first recording will be made when the microphone is delivered. And so she sat on her first episode until 4:00 in the morning. The interesting thing, she made no advertising and was still promoted on iTunes, so it went from 17 to 10,000 downloads per episode. 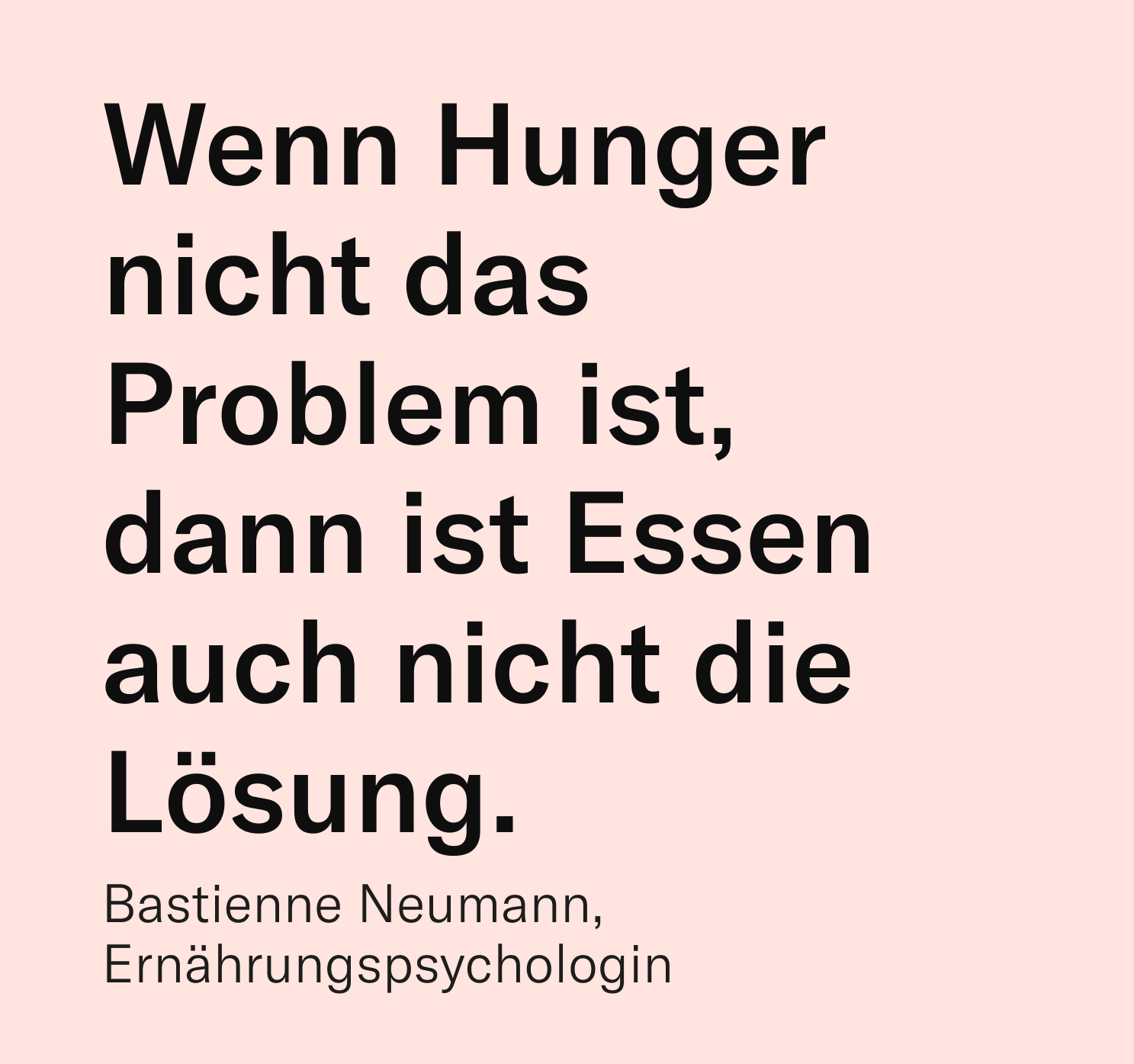 Routines? Bastienne has none, she is rather chaotic and unplanned. When she still records an episode today, she often does not know what topic she is talking about. According to Bastienne, we are so poised to follow any rules set up by anybody and which should apply generally, although we are all very different. There it stands for the exact opposite: moving away from the rules and towards individual needs and, in terms of nutrition, listening to one's own feelings of hunger and satiety.

A very important point for Bastienne is self-acceptance: if you don't accept yourself and always fight against yourself, this also applies to food. She has always seen losing weight as a struggle and because of her competitive sports mentality she has always been incredibly hard on herself. It took Bastienne a long time to realize that she has to work with herself and her body and that cognitive control alone is not the solution. And self-acceptance is part of that, she has made peace with herself. If hunger is not the problem, then food is not the solution. Bastienne says, see what the real problem is. When an eating impulse comes, question whether you are really physically hungry or whether you can solve the problem in another way instead of numbing it with food.

← A step back One step forward →

Book tips and links from the podcast

Start with why ⟶

Admiral McRaven on the subject of making the bed ⟶