Working Out Loud and Community-Building with Katharina Krentz

Working Out Loud and Community-Building with Katharina Krentz

The following article contains so many topics for you that I have found another way to present them. I would like to tell you about the impressive biography of Katharina Krentz in the first part and use the second part for her hobbyhorse "Working Out Loud".

The value that this chronically simple method can have for teams and networks led to a real hype in community building and HR in many companies. What has remained and how you can use WOL for yourself in your company, I explain with Katharina's help.

The second violin is sometimes the loudest.

Katharina Krentz has worked for Bosch since 2005. While others cannot ascend fast enough, she deliberately chooses the second row. Her dream job back then? Assistant. When you hear the consultant, speaker and digital transformer speak today, it sounds completely surprising. For them, however, it is a stone that had to start rolling. As an assistant she then had to face the prejudices of others at an early stage. Do you see the person behind their task, function and role, or is the job title also part of a character trait? Katharina would clearly answer no to this question.

"We've all been writing on our slides for years: "The focus is on people." We're all serious about this. But how do I actually do it? People often define themselves through their task, function and role. Aren't we forgetting the person behind?"

The path as an assistant at Bosch is then interrupted. Something is missing, their knowledge is much too broad for the second row. The step of giving a lecture yourself as an expert in front of board members and thus presenting yourself and your topics introduces an inner turnaround.
She begins to deal with communities and further education. Accompanies the production area for two years, she builds up certifications and establishes the profession of Community Manager in a transforming company. Her questions become important for a group that is constantly competing with younger and faster companies in a dynamic market: How does a person like that actually learn in a company? How does he get ahead? What can corporate culture achieve?

Then in 2012, in the middle of this exciting phase, she discovers Working Out Loud. There was no book, no ready-made method, but a profane blog by founder John Stepper. And Katharina's passion for finding solutions.

But how do you actually teach a 130-year-old company with a turnover of 78 billion and 410,000 employees* something new? An initial use case is developed and with the introduction of the Bosch Connect social intranet, Working Out Loud becomes a tangible method for colleagues. The problem? Nobody cares. Her fighting spirit is awakened.

"Culture is the music that everyone dances to but no one listens to. I am very good at breaking down the beliefs of this culture. You just need the right people who decide and participate and everybody has this chance. These boundaries in your head and on paper - they have to be shown."

Dare to take the step forward

Topics can only be brought forward if you are confident to stand in the first row. In the conviction that WOL will enrich a company and the people in it, Katharina works with John Stepper to further develop the guides of the program: she trains herself as an expert and never lets go. Despite the fact that there is still no desire to enter a stage, she establishes a method that has been an absolute success from today's point of view. Out of conviction in helping people to develop, she transforms a company like the Bosch Group on her own initiative.

"The difference between theory and practice is greatest in practice."

As of today, 5,700 associates at Bosch are now working with Working Out Loud methods. Katharina is booked as a keynote speaker on stages and (unintentionally) brings her own fan block with her. What things can she actually achieve now, I ask her?

The big task: the measurability of the new work

Just as added value is created for people, the added value for the company must also be calculable - at least this is the classic answer. So how can these new techniques be translated into measurable KPIs? What other parameters do we know outside the conventional productivity of the labour force? Here too, exciting mindsets come together: can we use numbers to express the value or do we need completely new tables? Convincing donors often means being asked this question. In its search for a common language, Bosch will devote itself to this major task in the coming years.

Following her passion, Katharina Krentz will now go her own way and is getting ready to pass on the baton to the team. Katharina Krentz is one of the 13 Working Out Loud Certified Coaches and brings New Work to the world as an entrepreneur, speaker and inspiring personality. 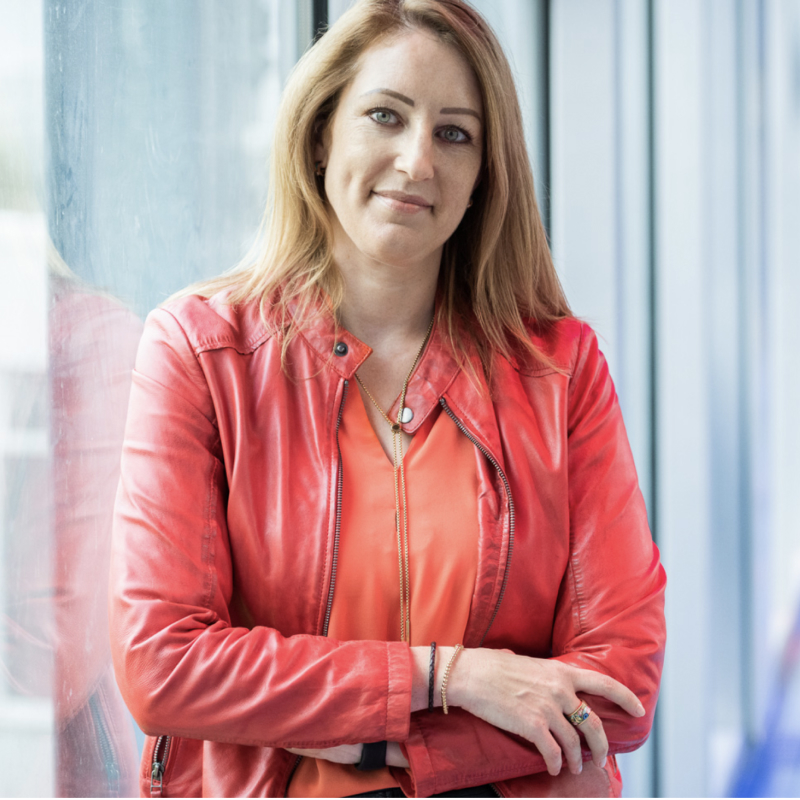 What is Working Out Loud and how does it work?

"Subcomplex." This is often the feedback from people who are confronted with WOL for the first time. With all the methods, tools and courses, that sounds promising, doesn't it? I would like to introduce you briefly to the most important features of WOL, so that you can form your own opinion.

The steps are, contrary to many other tools, kept simple. In essence, it is about creating helpful relationships between people who might never have met, teaching each other and getting feedback. Working Out Loud is now regularly performed by leading corporations such as Daimler and Merck and is part of an international corporate culture in over 60 countries and hundreds of companies.

Links and tips from the podcast