Changing education and integration with an open heart 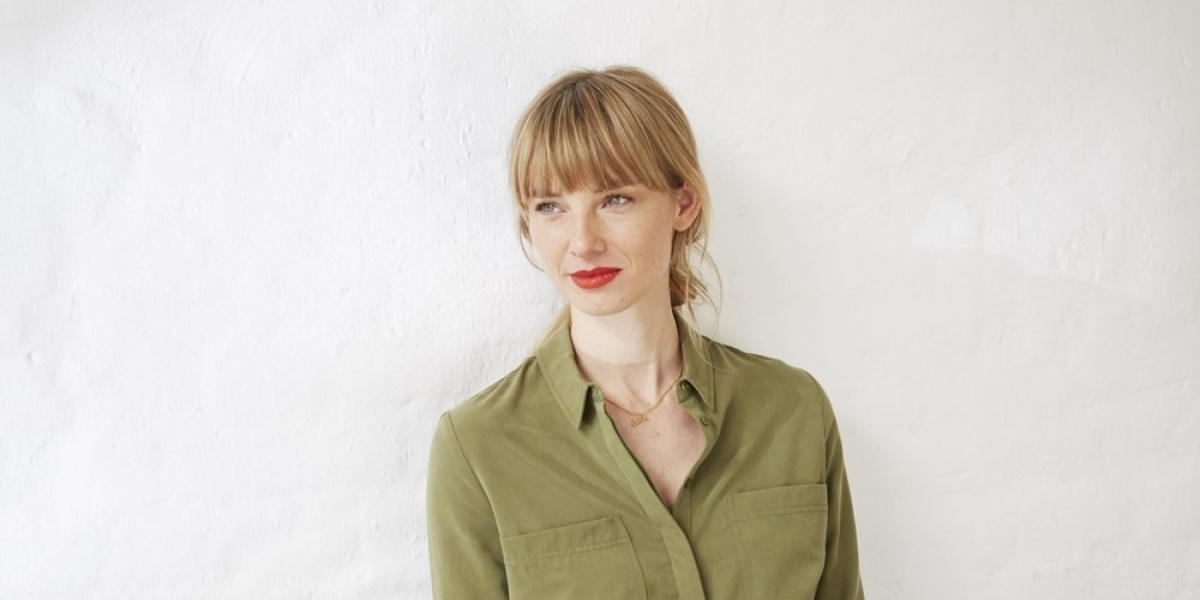 With the founding of the ReDI School of Digital Integration in 2015, socialpreneur Anne Kjær Bathel is advancing the digital education of refugees and preparing them for the German labor market. Not only do the students grow from this, but Anne is also constantly learning. In this interview, she shares her story and reveals tips for founders.

A clear direction emerged early on with Anne - because even at a young age, she was only satisfied when all the children were involved in the game. In her school days she already organized her first own projects. With the same spirit, she is now taking on two social challenges as an adult: Integration and education. With the ReDI School of Digital Integration, she and her team developed a training program that teaches programming and technology skills to refugees, thus facilitating their entry into German society and the professional world.

Being originally from Denmark, she knows from personal experience some of the hurdles her students struggle with. When she moved to Germany, she initially doubted whether, as an immigrant, she would even be able to find her way through the German bureaucratic jungle. Identifying the right office or form, filling everything out correctly and on time - and all this with officialese that is often hard to understand even for native speakers.

"It drives me crazy when I see bureaucracy getting in the way of impact," Anne reveals.

She relates this not only to her own work with the ReDI School, but more importantly to the experiences her students have. An example is the story of two brothers with the same background story, the same asylum application. The first received his residence permit after six months, the next was still waiting two years after applying. The reason: two possible spellings of the surname translated from Arabic. So the brothers ended up in two processing stacks.

Still, she says, it's the courage of the students that also keeps spurring Anne on to develop herself and the program.

A seething volcano of ideas

In any case, she has no shortage of ideas. Anne grew up in Norway - in a school system that teaches children soft skills like solution-oriented thinking and management at an early age. So this is where the foundation for her career as an entrepreneur was laid. Always new projects that grew over time. Always new ideas that she put into practice.

However, the 38-year-old also provides a steady supply of inspiration. When she's not working, she's listening to podcasts, watching TedTalks or catching up with her network. Through these impulses, Anne never runs out of ideas. Which idea to pursue? Her gut feeling decides on that. Thoughts that trigger immediate action and a surge of energy are worth discussing. And that is what she does. Today, for example, the Berliner-by-choice is considering whether and how she can expand her commitment to the environment.

You grow with your tasks

When asked in what ways she's made the biggest change in recent years, Anne hesitantly reveals, "Where I've had to evolve the most as a leader is around people issues." In particular: How do you part with employees who are actually good but with whom the cooperation just doesn't work out? "For me, this is absolutely the most difficult. This is where I'm still trying to get smart so I can be more human and transparent in having these kinds of conversations." But that doesn't happen so often anymore, since she now has a stable, well-coordinated team around her.

But even a woman like Anne gets to a point here and there where she can't get anywhere on her own. Then she likes to fall back on her network. Because despite great responsibility, she takes the time to get to know and support new people. She does this out of conviction. And she is aware that those who give a lot can also ask a lot.

The moment that remained in her memory as a particular success was the request from the city of Munich, she says. There, they wanted to establish another ReDI School location. The municipality's support, she said, was proof of concept that the state also had an interest in the program.

Actually, she never wanted to become or be a founder. Nevertheless, her wish was to realize herself in a project of her own. After six years, she is richer by some insights, which she shares with us.

1. PAY ATTENTION TO THE SELECTION OF EMPLOYEES

Anne now employs 51 permanent staff and about 900 volunteers at the ReDI School's German sites. While she had to learn how to lead teams, she knew the importance of team structure from the start: "I don't have to be able to do everything. But I need to have a good understanding of what I can't do and then bring people on the team who have those skills." Finding the right support is not always easy for her, but it is crucial for success. Because "especially in the beginning, you're always looking for your own way and the right culture in a startup. The first employees are extremely important because they carry the culture to the outside world.

Anne also shared some wisdom from her day-to-day work with me - and now with you. In any recruiting process, ask yourself: could I imagine having this person sitting next to me during a long plane ride? If the answer is "no," the person will not be hired.

The constant curiosity with which Anne approaches new projects and topics is also reflected in the way the ReDI School works.

"We want to be socially innovative, then we also have to experiment. Not to fail, but to learn. Experimentation is simply an important part of education."

She also emphasizes trying out new possibilities when communicating with employees and students. Her most important leadership skill, she says, is drawing. By drawing on the whiteboard, a more universal picture could be created than through words - and thus a stronger understanding and a higher level of curiosity would emerge. "We all have an inner child that needs to be nurtured. Drawing is therefore not only for children, but a good way to simplify complex issues and remember facts," she says.

3. TAKE CARE OF YOURSELF

People who have a lot of responsibility often find it hard to switch off. Anne feels the same way. The problem with this is that if you don't switch off, you don't have the energy to really make a difference. That's why she sought professional support some time ago. While she quickly realized that traditional talking therapy wasn't for her, working with her body was good for her: "I'm not just a head that my body carries around. I'm a holistic person and I need to think about my body, too."

Of course, this also includes being aware of and respecting one's own limits. That's why she appeals to other founders:inside and the wish "the startup scene would talk more about how we can take care of ourselves and each other - and that it's not cool to work 15 hours a day." Protecting her own energy is something she still needs to work on. Because if you get so much back from your work, you quickly get into a flow and forget about time.

"I always wanted to create and have an impact in the world," Anne confesses. With the ReDI School of Integration, it has certainly succeeded in doing so, as the majority of its more than 5,000 graduates and students have successfully made the leap into the job market. The New Work Heroes support the ReDI School with the Limited Edition saying cards with 10 € per sold copy. Join in! 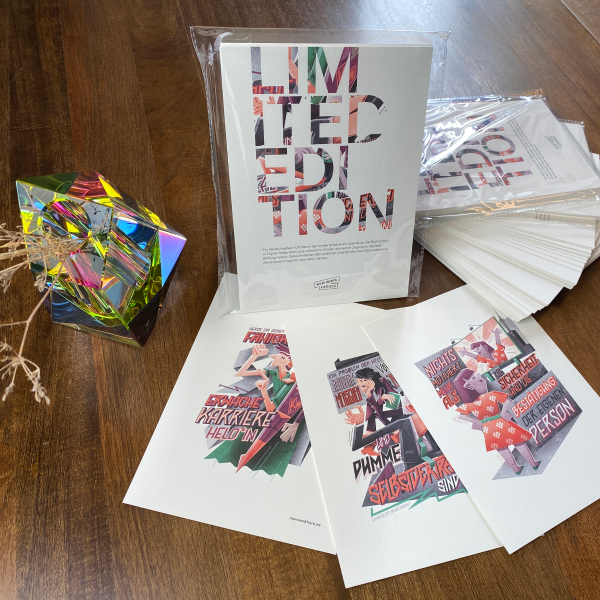 The limited edition of the flash cards

Links from the Podcast